So what did you do for the holidays? We got married! After much back and forth debate over what type of wedding to have, where to have it, who to invite, etc. etc. etc…we decided to stuff it and head on down to City Hall and do the deed. It was time. Past time really, we’d been wanting to get married for a long time and we’d both done the big, traditional wedding before in previous lifetimes. Vows are vows, it really doesn’t matter where you make them or how you make them as long as you mean them. And we do.

So downtown we went a few days before Christmas to get our license. It was our intention to ask our friend, Rachel, to marry us in our living room, but she was off to London the next morning and with a 24 hour waiting period required before the “ceremony” could take place we had to let that idea go. Off we went to celebrate Christmas down South with my family – we’d sort out the actual hitching later.

Back in NYC on the 27th we decided to go down to City Hall again and just be semi-traditional about the whole thing. Roger texted his sister to ask her to be a witness and I did the same with my friend, Nicole. Arrangements made, we settled on meeting at 2pm on the 29th. 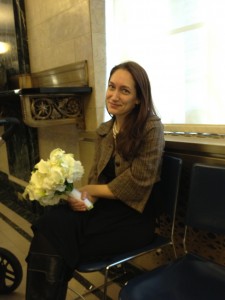 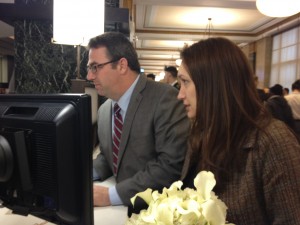 And waited for our number to be called: 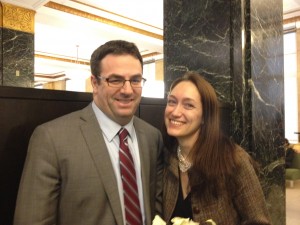 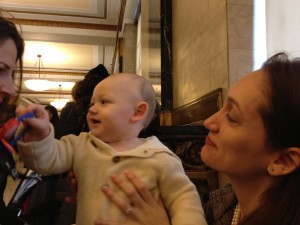 Checked out the gift shop (I still think we should have bought the fridge magnet): 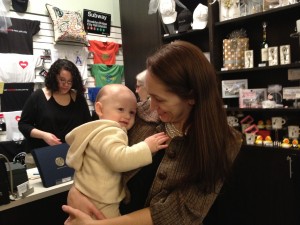 And suddenly it was our turn. A man with a booming voice performed the short ceremony, it was altogether very sweet: 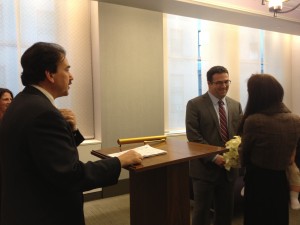 And now we’re married! We even have the super cheesy City Hall backdrop photo to prove it: 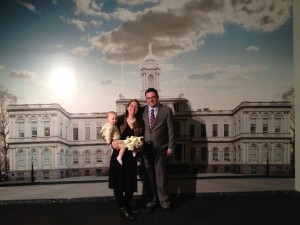 Personally we much prefer this one – the holiday decorations were still up! 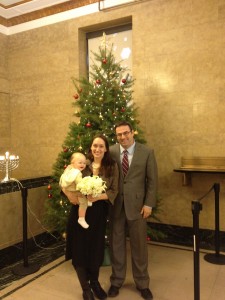 Many thanks to Jackie and Nicole for rushing downtown last minute to witness. And bless you, Nicole for the iphone pictures!