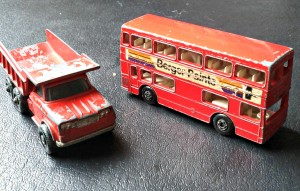 You know how you hold on to certain things forever? Little bits of your childhood that you just can’t bear to toss. A blanket, a bear…maybe a box full of tiny toy cars?

These two little red vehicles have been following my husband around since the early 1970’s. This weekend they landed in our living room with about two dozen other little wheeled friends.

Roger sent this tweet out after the long, holiday weekend:

One highlight of the weekend: Found my old Matchbox and Hot Wheels cars in storage and gave them to my son to play with for first time…

It’s pretty much the sweetest thing ever. In my son’s chubby little 18 month old hands are the same little metal cars his daddy used to play with about 40 years ago. 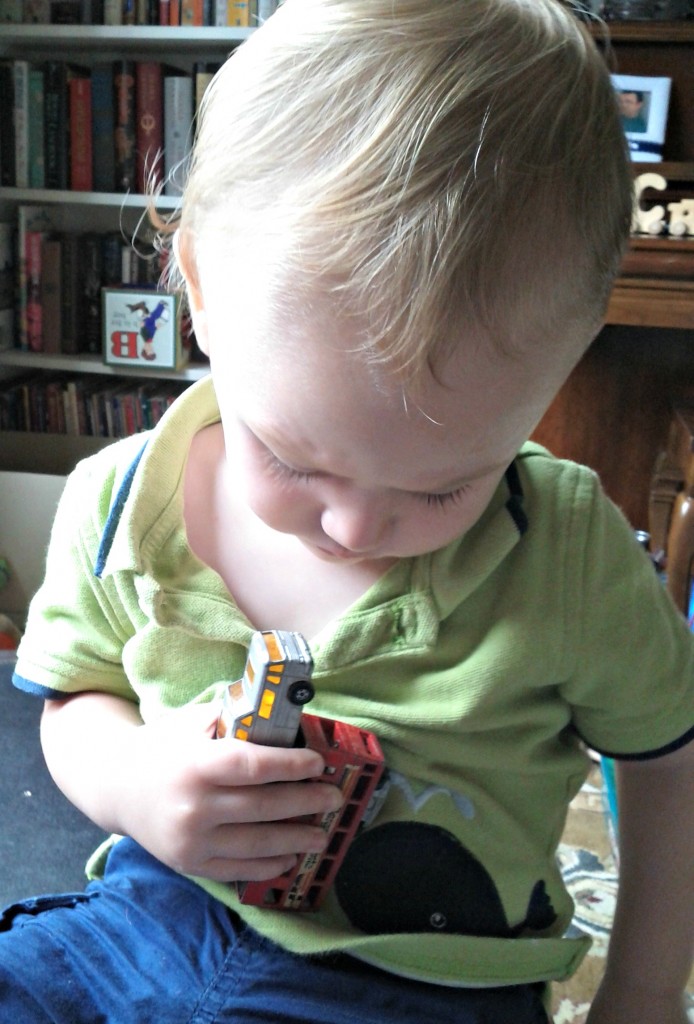 He is over the moon in love with them. I love watching it. He lines them up in orderly rows, runs them along the radiator cover, moves them from box to box, and occasionally offers one to the cat.

When Roger unpacked them he told Jack little tidbits about each vehicle, “This one is great, Buddy, it goes really fast!” There’s even a tiny fire truck that has been dubbed “broom broom” by its new owner. I watch the games my son invents with these tiny vehicles his father saved all these years and I melt into a pile of sappy ridiculousness. Because you guys, this man I married? He saved these tiny cars for his someday son. He saved them for Jack.