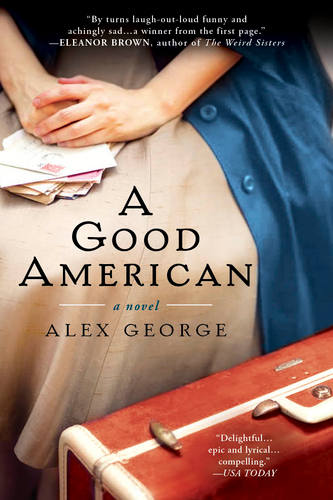 The Good American is the century long tale of one American family. It begins in 1904 in Germany and follows a young couple’s journey to America and their subsequent offspring as they settle into a small, fictional, Midwest town.

I thoroughly enjoyed the first half of this book. I loved the romance of Frederick courting Jette via song and I loved how the author explored their personalities and how they shaped their different reactions to America. When things went sour between those two I was so sad. I loved their beginning so much, but children DO change a relationship and with all Jette and Frederick had to go through? Giving them a struggle was an entirely realistic thing to do.

The second generation was equally interesting to read and the book stayed a real page turner for me. The third generation though just lost the plot. I was nowhere near as interested in these characters and some of the later developments just had me rolling my eyes. No need for that surprise twist…again. Seriously. I can’t say anything more without spoilers, but trust me if you’ve had it up here with surprise twists (surprise as in ZERO hint, out of nowhere, say what??? kind of twists) and characters being killed off randomly in the manner of Downton Abbey – this is not the book for you.

Overall I enjoyed reading this. I TORE through the first half, couldn’t put it down. I only wish the third generation of this family had kept the promise of its earlier members. That isn’t to say there weren’t good moments in the second half because there were. I think that for me there were just too many unnecessary little twists and reveals instead of a compelling story with the third generation.

For further discussion on A Good American, please visit the BlogHer Book Club.

Disclosure: This is a paid review for BlogHer Book Club but the opinions expressed are my own.