I finally got Jack down for a nap today and came out to our kitchen to see my day’s caffeine ranged out on the counter. The morning coffee mug, Coca-Cola grabbed at the grocery store to get me through the morning’s play date and now a frappuccino to keep me going through the early afternoon. What is going on? Well I’ll tell you what isn’t going on, my friends, sleep. 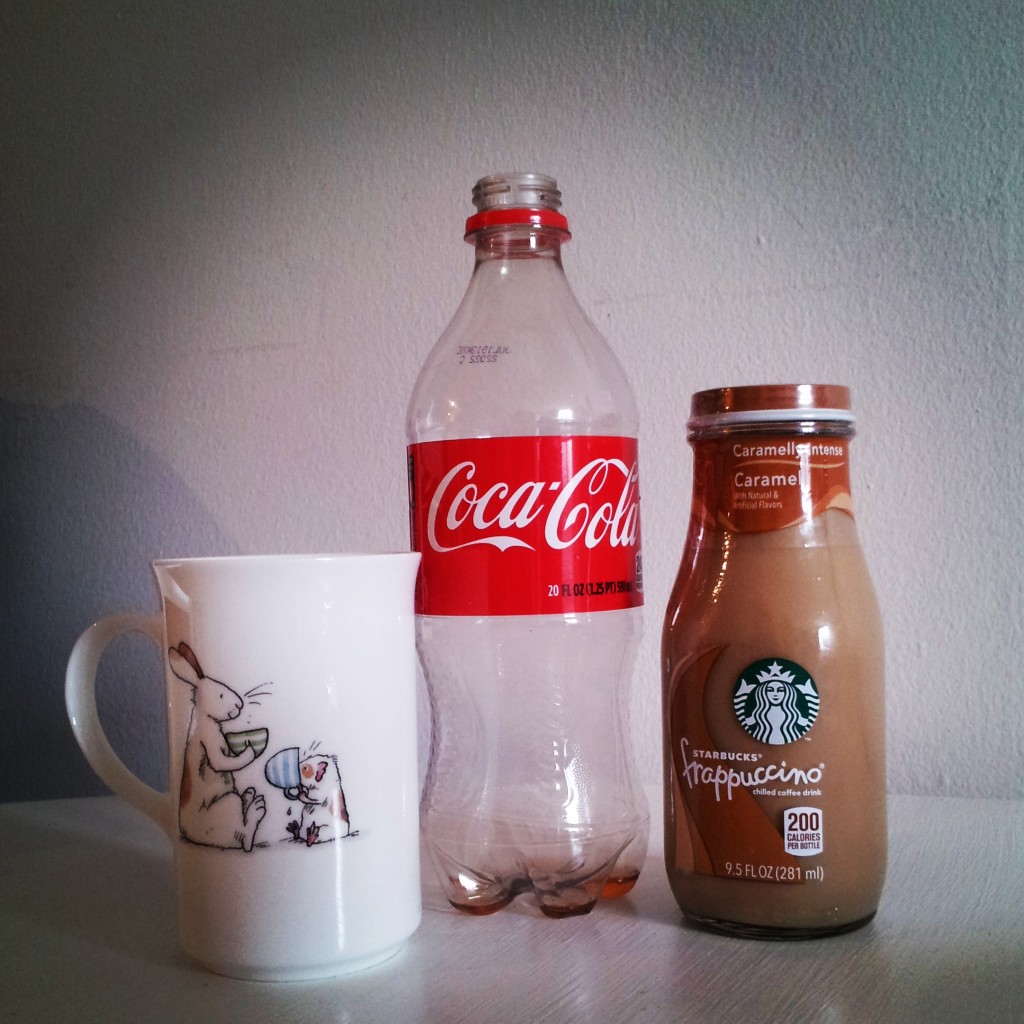 All the caffeine for me…and it’s only noon.

Jack’s bedtime went shockingly okay last night. He initially protested having a bath, but came on board when he remembered his tug boat. Then book and a cuddle and lights out. He fell asleep in his bed. Then two hours later started screaming, “NO NO NO MOMMY MOMMY MOMMY!”. This was a new thing for us. He never left his bed, just lay there rolling around, crying out. I rubbed his back and murmured words of comfort, but didn’t wake him up and he settled back down only to do the same thing an hour later.

I repeated the back rubbing and words of comfort and when it happened again I gave up and grabbed a blanket and fell asleep on the floor beside his bed. I think this happened at least twice more before I heard Roger get up for the day at 5. I went back to our bedroom hoping to get a few minutes in a real bed, but alas Jack heard the morning noises and came out looking for me. In vain I tried to convince him that the big bed was where it was at, but he was done for the night.

Jack seems fine today. He’s not sick. He played politely (for the most part) at our regular Wednesday morning play date and he’s gone down for his afternoon nap reasonably well. I don’t get it. I’m exhausted. I don’t even know how many times he cried out last night. His eyes were open – was he awake? Is this what night terrors are? Have we entered some new even more horrible sleep phase than what we’ve already been in?

What the hell was that? Any advice? Should I just move on to Red Bull now and stop wasting my time with coffee?