Hope everyone had a happy, healthy and safe 4th of July. Roger had four days off in a row – count them, FOUR! That hasn’t happened in a while so we celebrated by being lazy and taking in not one, but two fireworks displays.  If you follow me on Instagram or Twitter you know that I am one fireworks loving woman. Roger is not. Jack remains on the fence.

You see there’s an episode of Thomas and Friends that has fireworks and this has Jack convinced that fireworks are the most amazing thing ever – I mean, THOMAS likes them! So when our friends in Ossining invited us up for a barbecue and fireworks viewing we thought that was a good way for him to try them out. I mean our friends have a baby pool with a whale that sprays water! And they grill him hot dogs. What’s not to love?

Poor Jack was so excited to see the fireworks – it was all he talked about the day before. And he talked about them all the way from our friend’s house, down the hill to the Ossining train station where the viewing area was. “We’re going to see FIREWORKS!” Then they went off. Fireworks are loud and no amount of talking about the loud will prepare a two year old. Oops. In the end he liked them if his ears where tightly covered by Mama. He whispered “Oh so pretty…” several times and he still talks about fireworks as if he likes them. We’re thinking he’s not permanently scarred by the experience. Hopefully. 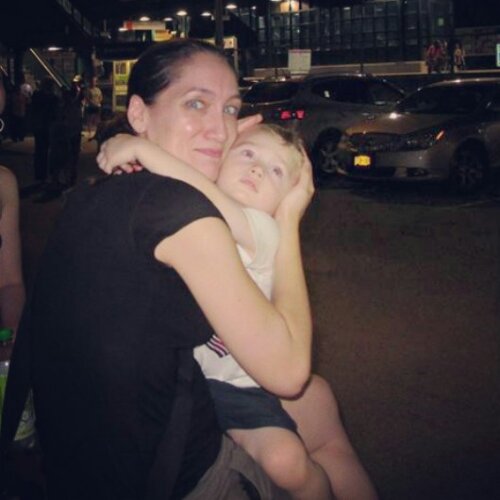 His reaction to the loud noise though eased my guilt at being invited to the child free Macy’s viewing party for media again. Roger and I have a ball at this party every year, but we do know that every year that goes by could be our last. 1. Macy’s may decide we’re not worthy or 2. Jack may decide it’s horribly unfair that we get to go and he doesn’t.  And I honestly wouldn’t blame him. Before the show starts there are fire boats going up and down the river and helicopters flying overhead in formation. Basically it’s toddler boy paradise. And THE VIEW! 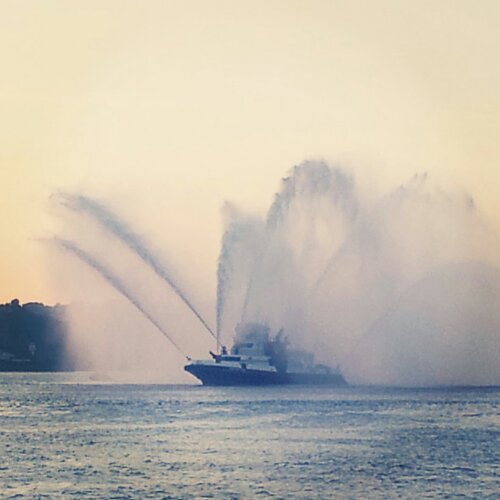 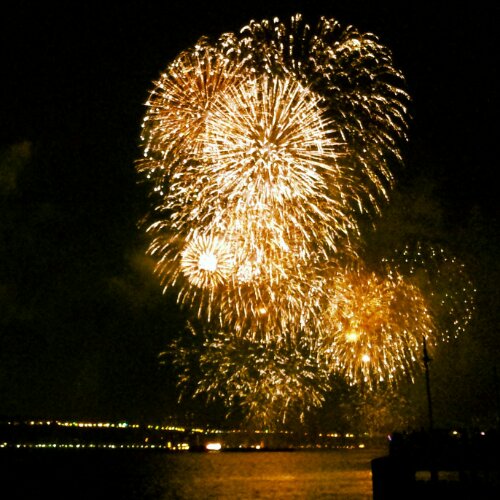 Now Roger’s on Jack’s side and thinks fireworks are too darn loud, but for me he is a sweetheart and wears ear plugs and lets me drag him to the front row. We both agree though that when Jack expresses an interest and a realization that mom and dad get a sweet, sweet view and he gets a babysitter??? What up with that?! Well, yeah…we’ll just have to stay home and party with him. Or brave the crowds on the FDR. Or preferably make really good friends with someone on the West Side who has a view 😉

Hope your 4th was amazing – and that the fireworks weren’t too loud.