Remember that time last summer we went away for a week and there was no internet? Well we did it again! Admittedly with “internet lite” this time. My phone was roaming for most of the trip and wi-fi at the house was limited so I read more books and magazines than email and Twitter and that was just fine by me!

We must be acceptable vacation companions because our friends once again invited us for a week in the “wilds” of Pennsylvania. I jest – it’s a full on resort with three swimming pools, horseback riding, golfing, a lake for swimming and sunning and um…a day spa. Yeah. Roger told someone we were going to be roughing it and I almost split my side laughing. Only a born and bred New Yorker would call that roughing it! 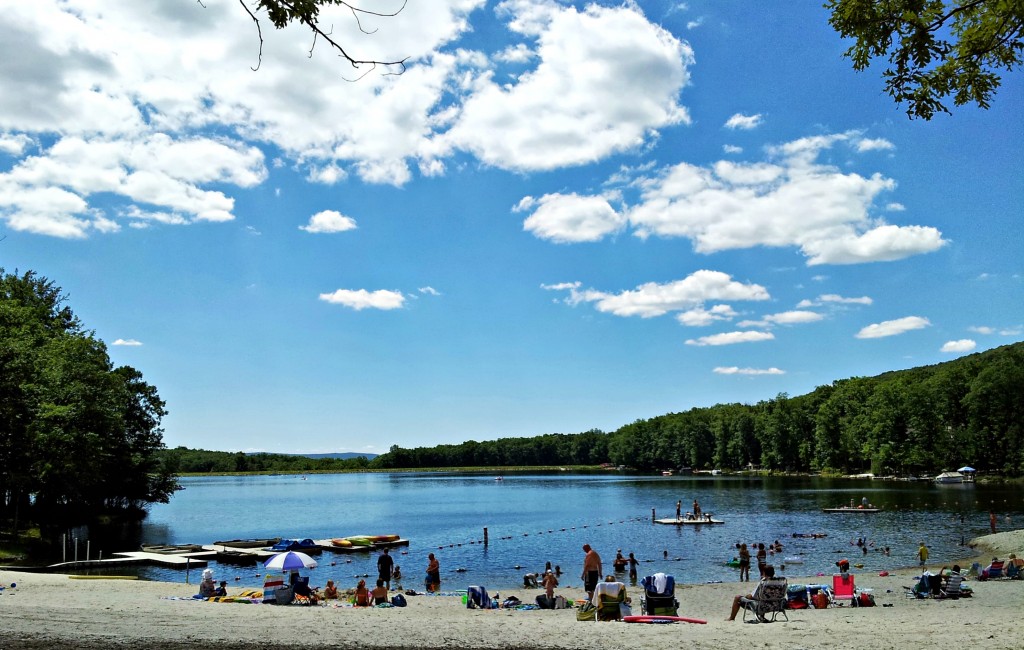 In fairness there were bugs. Lots of bugs. Which may actually make it qualify as roughing it for me.

This summer the group was really large. Roger and four of his fraternity brothers and all the wives and kids. Whoa. Spending my vacation week in a house with multiple families (EIGHT CHILDREN!) is not something I could have ever imagined myself doing. You know what though? It turns out that sometimes with kids, more is more and more is definitely better when you’re two years old.

Jack was over the moon to have so many other kids around. Every morning he wanted to know where all his new friends were. “Still sleeping” was my usual answer…

At the house they ran and screamed and watched movies and played race cars. Jack learned to ride a scooter (no pictures, we were always hovering like the fabulous helicopter parents we tend to be with new play equipment) – a pink Disney Princess scooter no less. He has asked for one now. Specifically a “pink princess” scooter. We’ll see.

Down at the lake there was water to splash and tote and sand to dig our toes in.

This kid, he’s getting so crazy big!

It was raining as we drove home on Sunday and we both agreed that’s the best way to end a sunny vacation week. Nothing to make you feel like you need to stay, you know? Even the heavens are saying, “You’ve had enough fun, now go home like a good little girl and boy.”

As we pulled out Roger said, “I know there are so many places we want to go, but this type of trip is just perfect for Jack right now, isn’t it?”  It is. It’s perfect for ALL of us right now. There’s time for naps and staying up late and sleeping in (when it so rarely happens). Meals are easy and stress is low. There’s no museum I’m wishing I could see, but know a toddler wouldn’t survive. No, that type of trip is not for us right now.

Family and friend time is where it’s at. 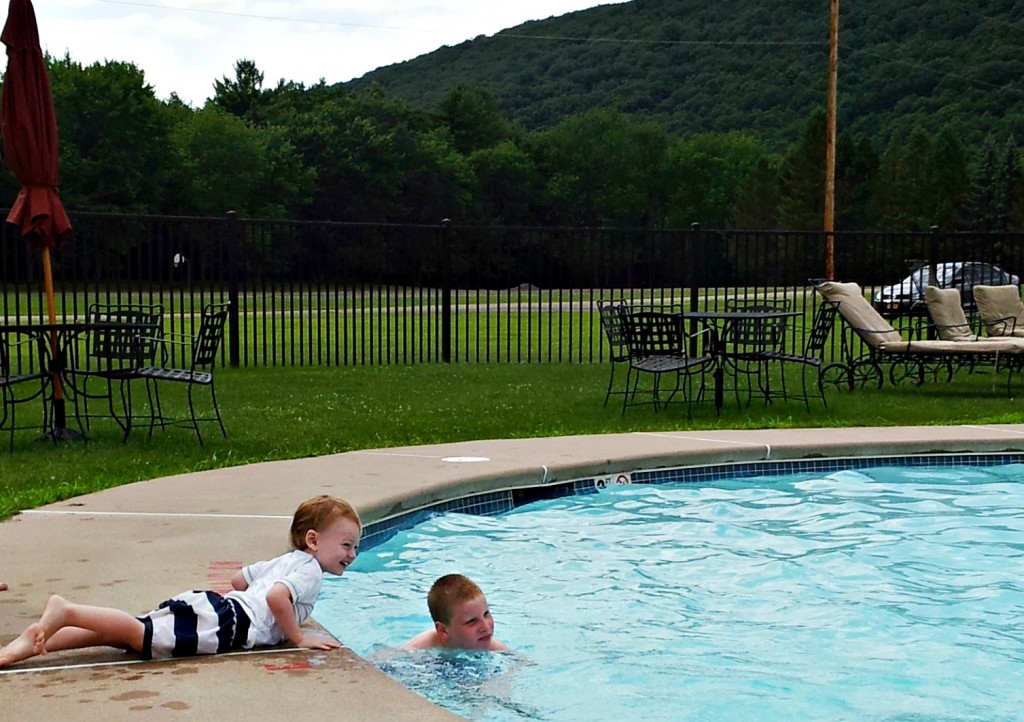