Growing up in the 1980’s with the name Jennifer was frustrating. Not gonna lie. My freshman year of college? There was Jenny, Jen, Jen James, Jennifer, and Bullard. Bullard’s name was Jennifer too, but we ran out of nicknames so she just got her last name. See what I mean? Jennifer sucks. 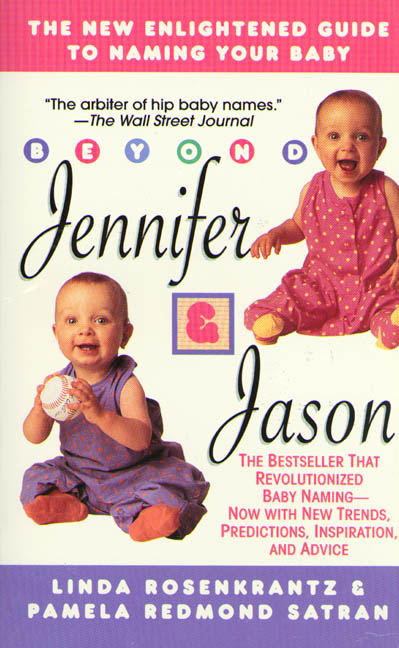 You know it’s bad when there are books devoted to avoiding your name.

When I saw the official prompt for NaBloPoMo today, I got excited.

If you had to switch your first name, what name would you choose and why?

I got excited and ran through the possibilities and then realized that after almost 38 years of living, I’m okay with Jennifer. I’ve made my peace with Jenny. The nickname that Southerners always pronounced wrong. It’s not Ginny y’all… sorry.

Back when the internet was still a toddler, I chose the name nycjenny to post on a listserv for needlework. I used it again on a quilting board. It stuck (obviously). If Jenny could make it in New York she must not be too bad. Definitely not a wimp, that girl.

I had briefly tried to ditch Jennifer/Jenny when I started at NYU. I insisted that I wanted to be called by my middle name, Maureen. I mean, it sucks to have your name be so common that there’s a baby name book devoted to getting the whole country past it. Beyond Jennifer and Jason anyone? My middle name is so cool! Why couldn’t my parents have put that name first?!?!

Alas my father had brilliantly informed someone in admissions that my nickname was Jenny so when I showed up to orientation EVERYTHING was written out to Jenny. I never had a chance. Adding insult to injury, The movie Forest Gump had just come out that summer and I was repeatedly asked to say “peas and carrots” in my charming accent. Jenny plus a lingering Southern accent…  You have never seen anyone work so hard in speech class. That drawl had to go.

I got married for the first time in 1997 and wouldn’t change my last name. I couldn’t even tell you why now. I just needed my own name. I certainly didn’t change it the second time I got married. No thank you, I am me. I’ll be keeping this name I’ve already got.  The world’s most common first name followed by a super short, very simple last name. No, I’ve become solidly attached to the world’s most boring name. My name is me. It’s what my parents chose for me and that makes me content. I know they chose it with a purpose.

As a child I longed for something more exotic. Something that would set me apart. Since then I’ve come to realize that no name alone can make you unique. It will not make you memorable beyond “What was that weird name?” What I choose to do with this life is what people will remember. Someone may see a show I’m in and remember that I made them laugh or cry. That mother I spoke to on the playground with compassion as we compared sleepless nights with spirited toddlers – I hope she remembers that she’s not alone. My name is Jennifer. Sometimes Jenny. It really doesn’t matter; I’d be me no matter what you called me.

So thank you very much for the offer, NaBloPoMo, but I’ll be keeping Jennifer & Jenny for now. How about you? Have you ever had a desire to change your name?