Late yesterday, Roger sent me a text asking if he and a coworker could film a short bit in our bathroom and could Jack be in it. Seriously? I haven’t cleaned the bathroom properly in weeks and you want to FILM in there??? They probably want to film in high definition too, yes?

Fine, you can film here.

I woke up this morning and had Jack help me launder the shower curtain, the towels and bath mat. Down and up, to and from the basement we went. I scrubbed that tiny bathroom like it hasn’t been scrubbed in months. I used bleach. Knowing that two adults and one child and camera equipment needed to fit in the minuscule room, I cleared it of all random objects. Toddler potty, step stool, approximately 20 random bottles of shampoo, body lotions, mouth wash…a giant plastic boot. All of it was shoved in a shopping bag and hid out of sight.

I wished for a spare $50 so I could go buy some fancy looking towels to put on display. OMG EVERYONE WILL KNOW MY TOWELS ARE CHEAP.

During Jack’s nap I tried to do the daily cleaning that had been ignored while dealing with the bathroom. I wondered why I hadn’t just hired someone to come do the scrubbing of the bath. Surely my neighbor would have loaned me her cleaning lady?

When Roger came home he had the grace to say, “wow it smells so clean in here!” I think that really means, “holy crap woman, could you lay off the bleach?!” Five minutes later his coworker arrived with the camera and wonder of wonders Jack actually cooperated. Roger gave him a line to say and a small action to complete and he nailed it every time. Totally my child. I should get him an agent and make him pay his way around here…

I’m glad I used bleach though. There were lights involved. A fancy camera and bright lights in your bathroom…imagine it. You’d use some bleach too. I’ve got no time to save the environment when my bathroom is being lit up like Christmas morning for all of New York to see. Nope. 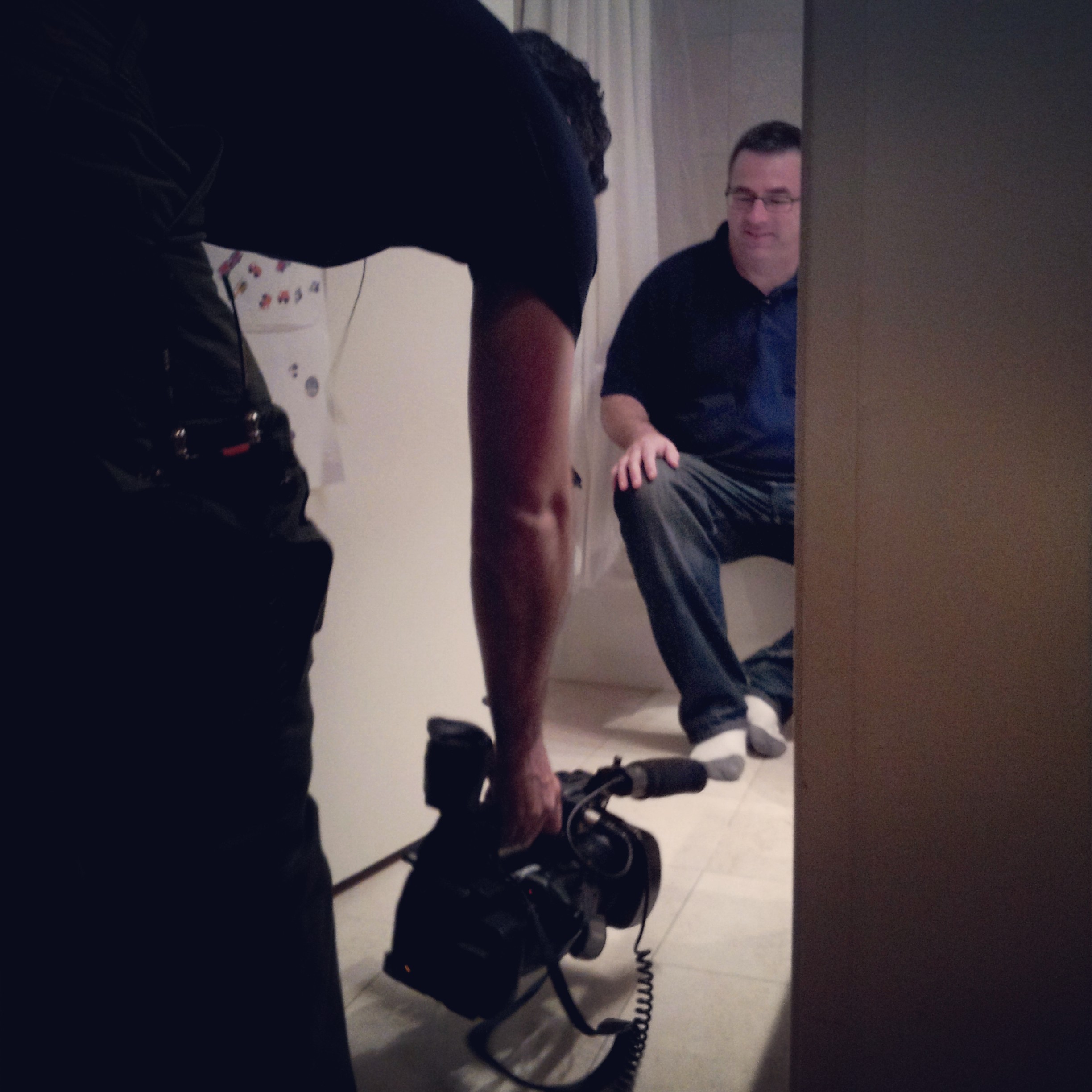 It’s 10:30 now and I’m trying to get my daily blog post in. It’s only day 8, I can’t give up this early! It took me until 10 to get Jack to sleep. Roger’s already in bed because he’s working tomorrow starting at 4 a.m.  I’m so tired, but had not one moment to myself all day. We were up by 6 this morning – so waking up early isn’t an option to get extra time either. I think I’m just screwed on the free time.

Plus my hands still smell like bleach. It’s not a terribly restful smell. I kind of feel like I should go find something else new to scrub now.

Why didn’t I just hire someone to clean that damn bathroom?