Today Jack helped me make a cake for Roger. We practiced singing “Happy Birthday” and shouting surprise! (we were having Roger’s sister over to surprise him) It was pretty darn cute and fun. He totally blew the surprise gift factor though by telling Roger what was in the very large birthday package. “There’s a bag in the box, Daddy!”

Cake baking with two year olds though? That is super fun.

When the cake was cooled and frosted, Fire Chief Jack needed to place every single candy sprinkle by hand. 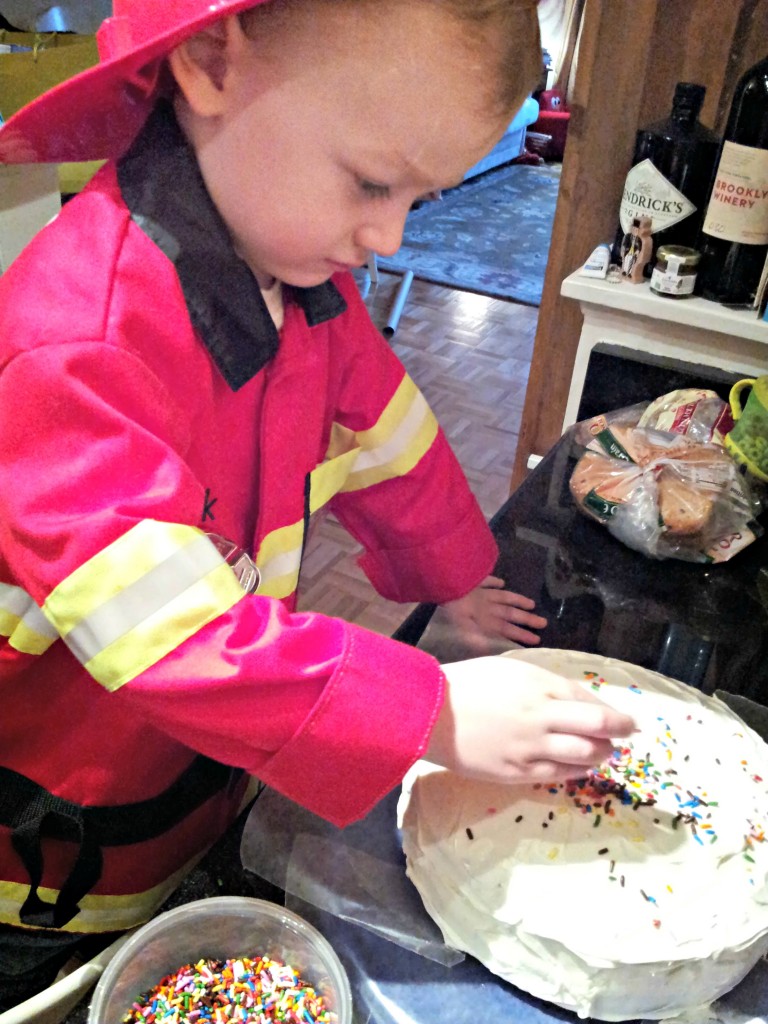 I think his Daddy liked it. Jack was bursting with pride. I snagged one fuzzy picture of Roger and the masterpiece. 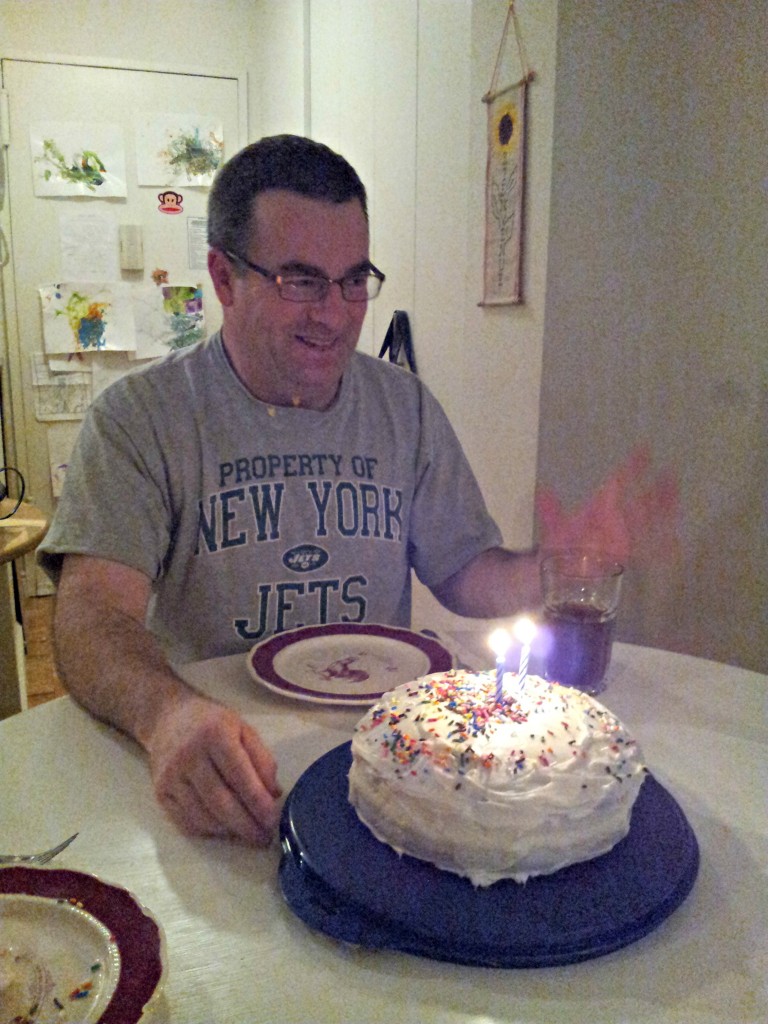 Jack ate a plate full of ice cream and demanded to know when it’s going to be his birthday. I think this birthday idea is starting to sink in with him. I hope having him help with the baking of the cake and wrapping a present that he saw that it’s fun to do special things for other people. He was so very proud of that cake…and the ten pieces of tape he put in two square inches on the present.

Happy birthday, Roger. Jack and I love you.