It’s December 4th and really I thought it would take longer than this. I mean…we’re barely past Thanksgiving here. My blog feed is full of Thanksgiving remembrances, beautiful photo spreads and Instagrams of Christmas trees going up all over town, but all I’ve got in this house is a big ol’ heaping helping of Bah Humbug.

I forgot to take pictures on Thanksgiving. I have a picture of the pies, but not the people. No shot of the turkey all golden and perfect on the table. Look, the truth is I cooked for two days straight. I cleaned the apartment like a maniac, and everyone ate the meal in 30 minutes flat. Jack ate a roll and some mashed potatoes with peas. He said turkey is yuck, as are sweet potatoes, stuffing, green beans and pumpkin pie. He pitched the mother of all tantrums shortly after dinner, and I’m pretty sure my in-laws think I was beating him in his room when in fact all I was trying to do was wipe his butt and change a diaper.

Then all of a sudden it was December. I think, hey we should get some Christmas cards! I’ve combed through the roughly five million pictures we’ve taken this year – none are Christmas card worthy. There isn’t a single “family” photo in the bunch. So it’s the 4th and I still haven’t ordered cards. FAIL Black Friday and Cyber Monday came and went I really have no idea what anyone wants or needs so I couldn’t do any holiday shopping to save money. Another fail. I forgot where I put the advent calender. I found the advent calendar. I keep forgetting to buy chocolates or trinkets to fill it… It’s the 4th. No advent calender. BIG FAIL.

This happens to me every year. December and I have it out for each other. .

We’re going to my mother’s for Christmas which means I had a panic attack yesterday when I realized that this essentially means I have five fewer shopping days than everyone else. I’m so screwed.

Then there’s the issue of a tree. Since we always go away for Christmas we don’t get a tree, but I said I’d get one when Jack wanted one. He wants one. Badly. I’m happy to get him one, but the question is when? Roger worked for most of the weekend after Thanksgiving so we couldn’t join you Instagram-ing masses. I managed to drag the whole family to storage so at least the lights and ornaments are here and ready to go. We just need a freaking tree.

I made a plan. We’d go tonight after dinner. I’ll cook everyone’s favorite comfort food dinner and we’ll then go buy ourselves a tree. We’ll let Jack stay up late and watch A Charlie Brown Christmas and we’ll watch the lights go on the Rockefeller Center tree! So festive! Glorious festive family fun!

Roger had a long day, Jack wouldn’t eat dinner (we were out of ketchup and then the peas kept touching the meatloaf!!! TRAGEDY ON A PLATE!), and then diaper meltdown 2013 occured.

Instead of gathering around a fresh Christmas tree and making precious memories, I spent two hours locked in battle with a two year old who didn’t want his butt wiped. He’s developed the worst diaper rash he’s ever had. He’s refusing to poop. This whole situation is insane. I finally bribed him into the tub for a soak by promising m&ms tomorrow. I hope he forgets I owe him candy. The last thing I need is a constipated toddler with a sore butt hopped up on sugar. I’ve been typing this up for an hour now and have had to go into his room no less than four times. I think he’s having nightmares about his butt being wiped.

I should know better by now. I should never make plans for beautiful, peaceful holiday activities. It’s just not my reality. December? You and I are done. 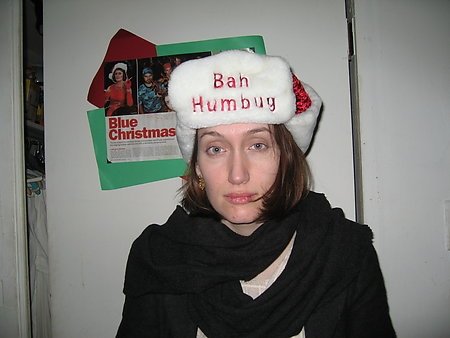 Jenny Gill…hating on Christmas since 2007