Last month I attended an event held by The Moms to celebrate the release of Mayim Bialik’s new cookbook, Mayim’s Vegan Table. 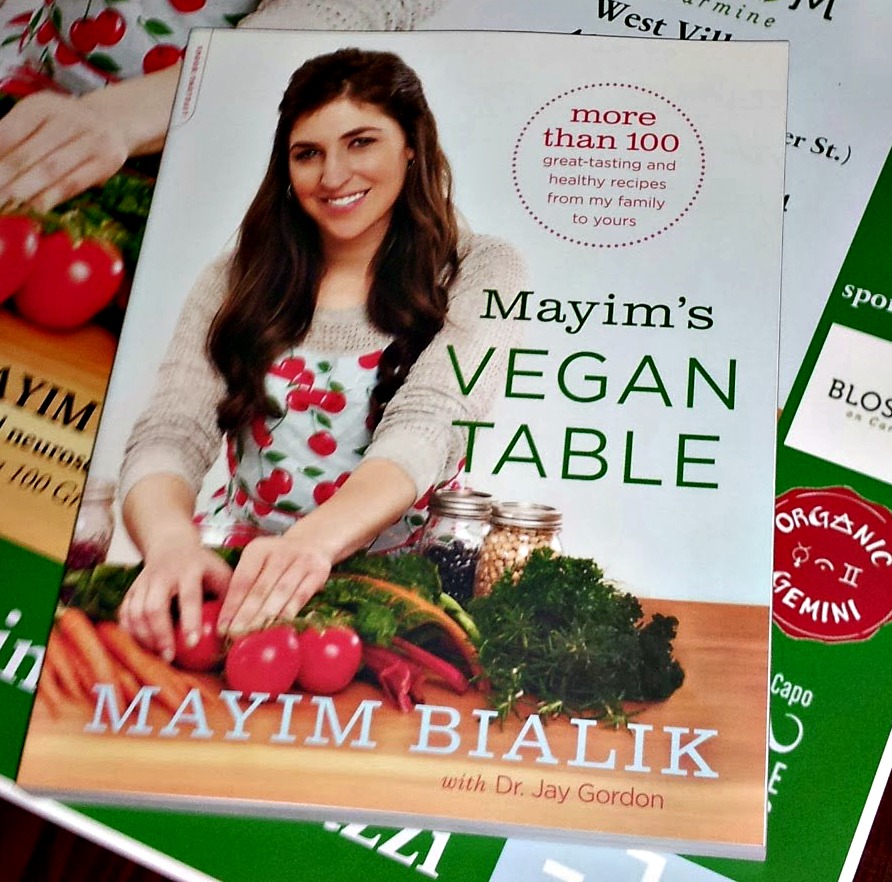 An invitation to meet Mayim Bialik??? Where do I sign up?! Yes, I jumped at this one. Roger and I are huge Big Bang Theory fans, but I’m also a big fan of Mayim’s writing on Kveller. She’s also my breastfeeding hero. Following her online really helped get me over my breastfeeding in public fears. So heck yeah, I was gonna go learn about some vegan cooking! 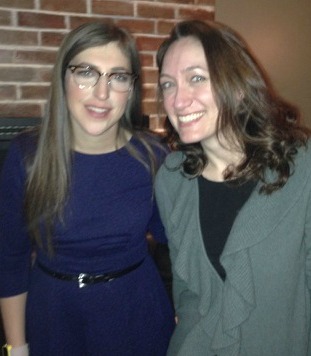 why do my celebrity pics always end up fuzzy?

Now I know, I know…we are seriously the least likely family to ever go vegan. We’re not going to give up meat and dairy, at least not this month, BUT we are trying to be healthier. I honestly wasn’t sure this cookbook was for us. Listening to Mayim talk about her cookbook though made me really, really want to try though! Incorporating healthier choices into our meals will benefit this entire family. These are recipes she makes for her own children. Kid approved healthy food.

The opening chapters are a great discussion on nutrition with a focus on children and family. Here’s a quote from page 3, “we don’t expect anyone to pick up this book and become an “instant vegan” but instead to become a more thoughtful eat and ‘feeder’ of children and families”. I can do that!

So far Jack and I have been playing with the breakfast recipes as that’s my biggest challenge with him. Smoothies seem to be the trick, and he is gulping down the Rainbow Smoothie (there’s spinach in there, kid!). Crazy. Then I got brave Monday night and decided we had to try something for the whole family. It was comfort food night and we were tired and needed something fast. I saw a box of macaroni in our cupboard… Mayim’s Mac N Cheez? She swears it can be made in a “jiffy”. Alright… First off, name two things that have never been in my kitchen. 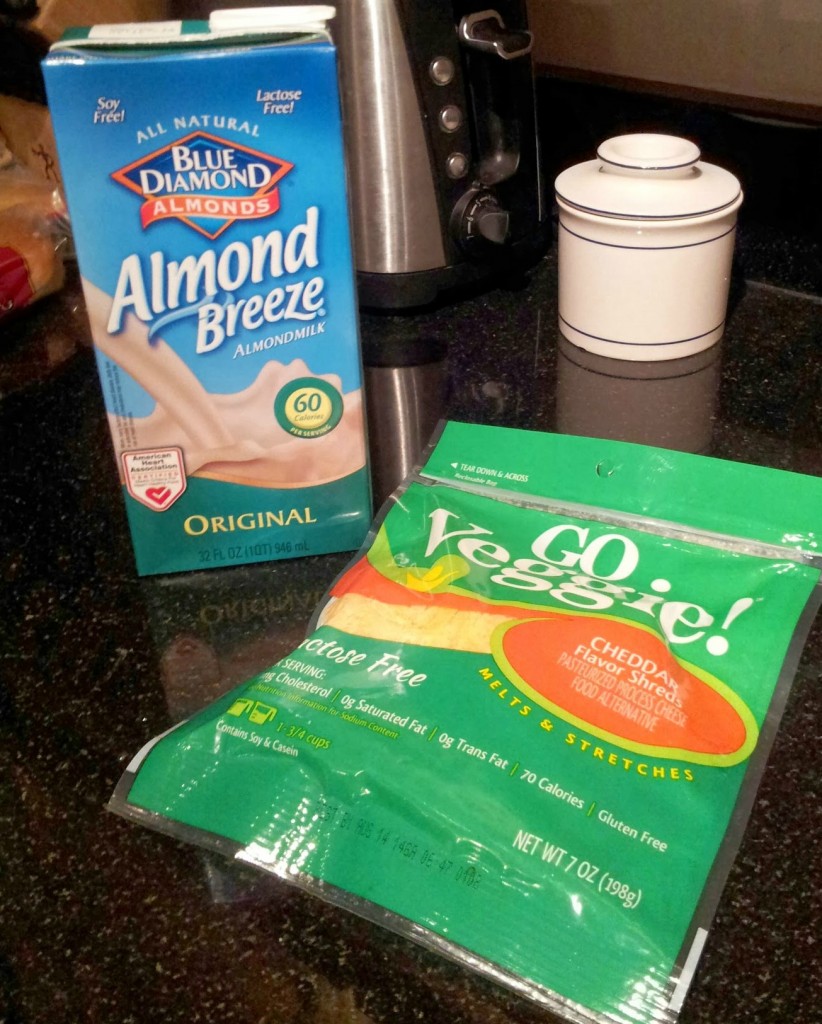 Almond what? And FAUX CHEESE???

It really does cook up fast! When I told Roger and Jack to set the table, I got a “dinner’s really almost ready?” Super fast. So fast I forgot to document the finished product! Here’s the dish after dinner while we were cleaning up. Leftovers! 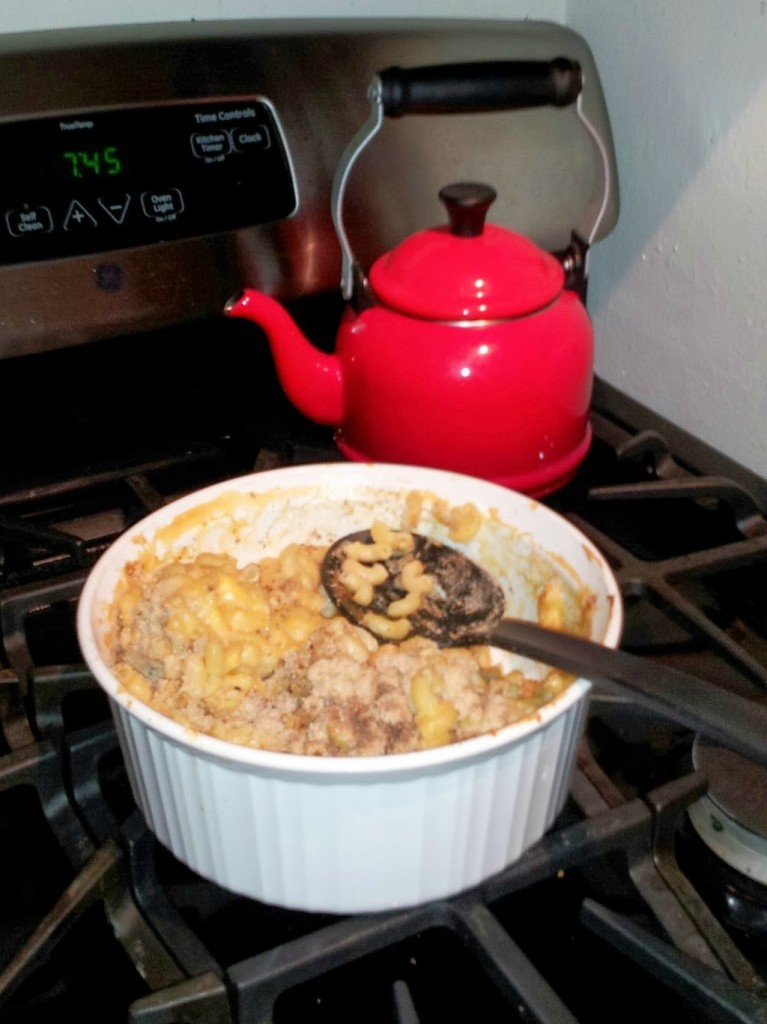 Jack said yummy and ate it. Roger said, “so good” and ate two helpings. What is going on around here??? While we were doing the dishes, I told Roger it was vegan and he grabbed the book off the counter and actually started reading it. I think that’s the green light to try some more recipes. There’s also a lot of traditional Jewish dishes translated to vegan, so if he ever lets me tackle holiday cooking…

Not being a vegan, I can’t really speak to how “Mayim’s Vegan Table” would appeal to someone already well versed in cooking this style. For a family like ours, deeply entrenched in a meat and potatoes upbringing, this is providing a nice push to incorporating some easy, healthier choices. High fives to that.

I was not compensated for this post, but did receive a free copy of the cookbook. All opinions are my own.