Disclosure: We were sent a sample of this product to facilitate this review, but no other payment was received. All opinions are honest and true.

For a family who says they don’t travel a lot, we sure were on the go a lot this summer. Our longest trip was down to North Carolina for a week at the beach with family. Jack was excited enough to make the trip, but making sure the boy had his own suitcase to pack and be in charge of was a smart decision. We were free to attend to the bigger, bulkier items we needed to handle without Jack feeling the need to “help”, and he felt proud to have his own luggage. The responsibility of packing his own things and being in charge of a suitcase all his own was thrilling to him. Enter VRÜM: 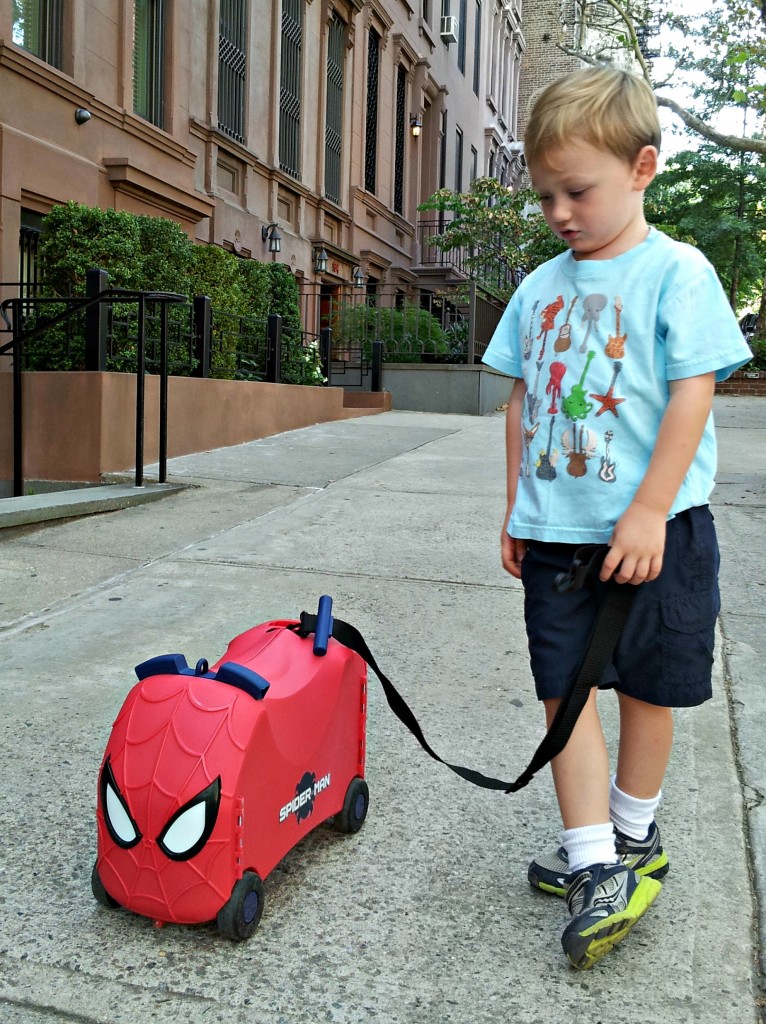 While at Blogger Bash this summer I was introduced to VRÜM – a super cute product billed as “ride-on storage”. Wicked Cool Toys has released these new licensed character based ride-on portable storage for kids with 3 in 1 features: Pack, Ride and Play. And that is exactly what Jack does with his. He loves to pack it up and ride around our apartment to play. With their favorite characters being featured, kids surely won’t want to store this in the closet as mom and dad do with their luggage so I’ll grant them that. It stays out in Jack’s room as toy storage all the time. Traditional luggage it ain’t!

The Spider-Man VRÜM fortuitously arrived the week before our vacation as boy wonder battled two simultaneous ear infections. It had him grinning ear to ear faster than any antibiotic could work. 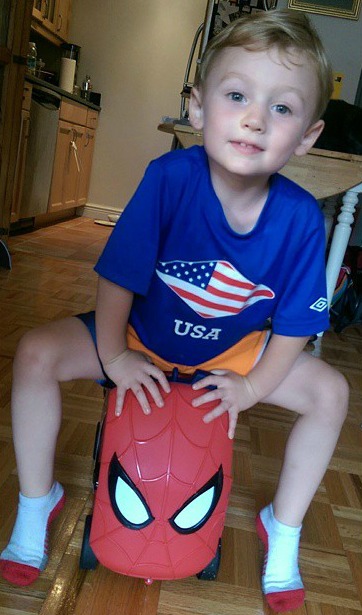 When we packed for our vacation the VRÜM held a week’s worth of clothes for my 3-year-old on one side (6 outfits, socks, underwear, and 3 bathing suits and rash guards). We let him fill the other side with small toys he wanted to have. What toys does Jack want on vacation? One space shuttle with booster rockets and fuel tank, one mini space shuttle, four race cars, one monster truck, five blocks, and a play teacup. Oh and don’t forget teddy. 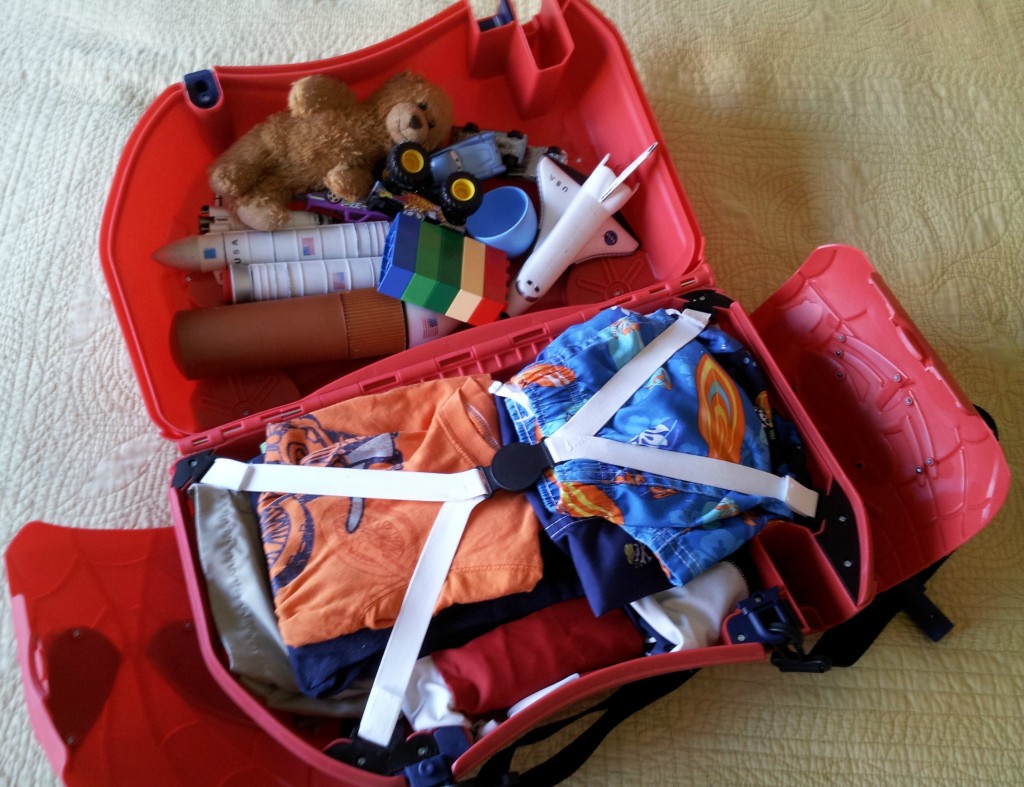 Three year olds…what can you do. Jack enjoyed pulling his VRUM everywhere we went. Into the hotel, out to the beach house…during our week away it provided a convenient spot for him to stow his toys in and keep everything organized. I loved that aspect of it, and he loved having a spot all his own to keep his things in while far from home. It’s was a win-win. 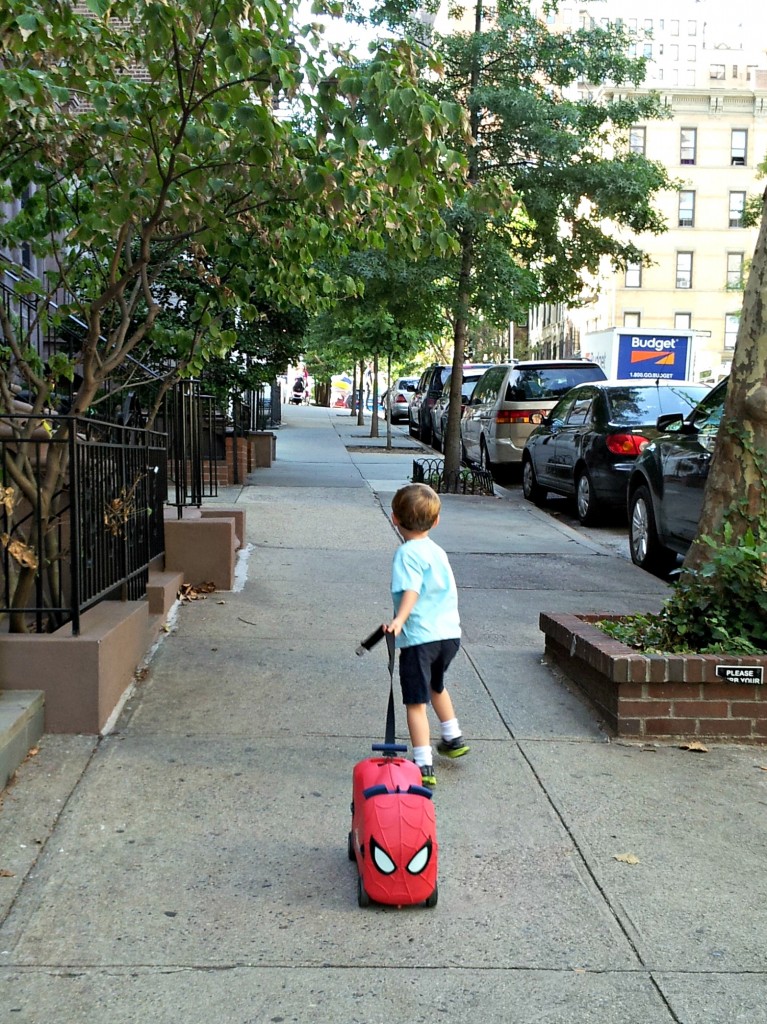 The VRUM product line will feature today’s top kids brands including Spiderman, Ironman, DC Comics Batman, Dora the Explorer, SpongeBob SquarePants, Teenage Mutant Ninja Turtles and Disney Princesses.  Each ride-on storage character is 18″W X 8″D X 12″H, has a dual purpose pull/carrying strap, a handle-bar for comfort and support, is safe and fun to ride, and perfect for being on the go. Available NOW at major retailers like target.com and amazon.com  Ages 3+, with a suggested retail price of $49.99