This guest post is from David Jacobson. When I saw him tweet last week that he was looking to do some guest posts – I jumped on that because you guys should meet David. Trivia master, husband, and a parent with his sense of humor still intact! He’s good people…

I’m the owner of a professional trivia event production company, meaning it’s my job to entertain people – either through employee team building, holiday party and corporate entertainment events in NYC & beyond, or via the city’s biggest public trivia nights hosted by NY1 anchor Pat Kiernan at The Bell House in Brooklyn.

You see, entertaining young kids is nothing like entertaining adults; they’re two completely different animals, and I should know – I live it every day. How do they differ? Here’s a brief explanatory chart: 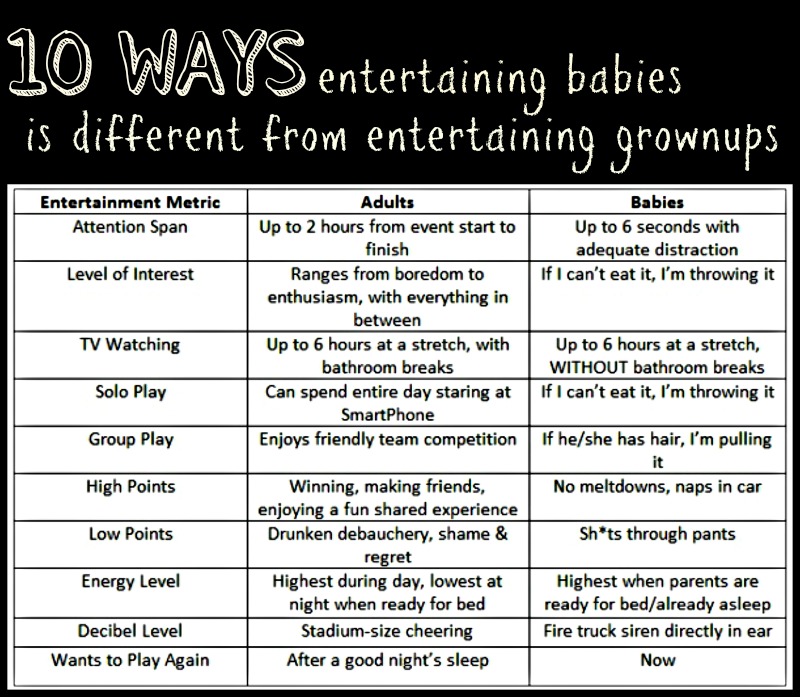 I’d like to point out this tweet from our local news station NY1 from Halloween night – look at those cuties up far too late and hyped up on sugar! I think they’re hitting number 8 on that chart? David clearly knows how to entertain those babies 😉 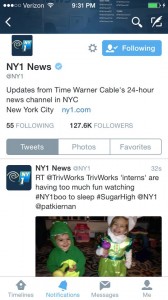 David Jacobson is the founder of @TrivWorks, a professional trivia event production company based in Brooklyn. He is the father of two extremely cute kids who drive him crazy, but he still loves them.