I received free products in order to host a Disney Side @Home Celebration – no other compensation was received. This post contains affiliate links. The opinions expressed here are 100% my own.

After having such a good time throwing our surprise Disney Side playdate party last winter, Jack and I were super excited to be chosen to host another Disney Side party this year! Last year’s Mickey Mouse theme was fun, but we had no idea how much more fun this year’s theme would be – Disney CARS! The timing couldn’t have been more perfect – it’s like Disney KNOWS what’s going on. In February Jack’s Nana treated him (and all of us) to his first trip to Disney World, and guess where we stayed??? 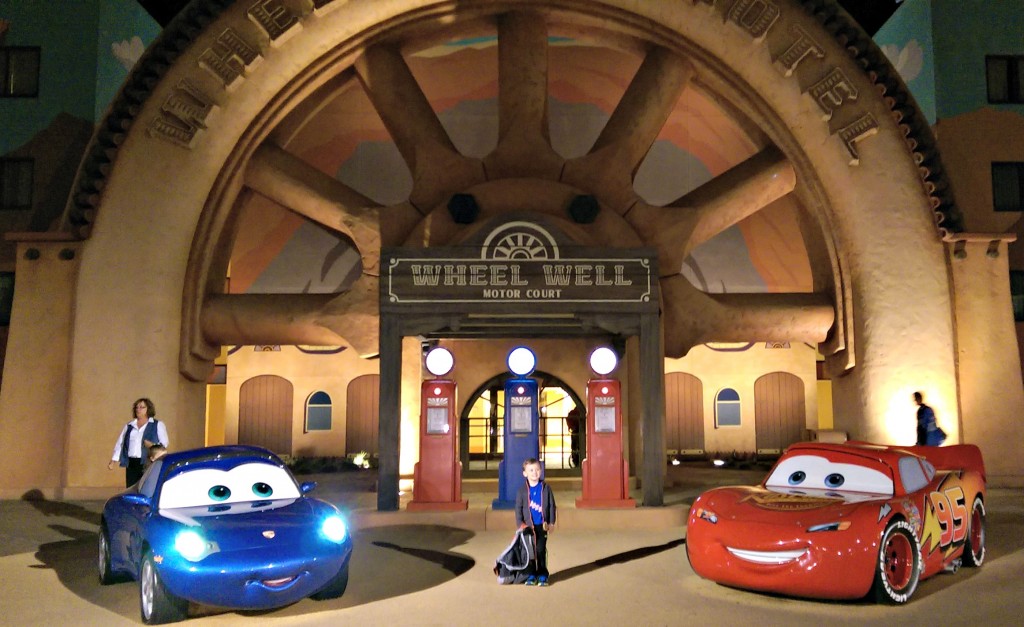 That is the Art of Animation resort at Disney where one entire section is devoted to Cars. It blew his mind. After a few days of warmer weather and time with family we flew back to snow and regular life. Luckily we had some pixie dust magic in our Disney Side box to rescue us from regular life doldrums!

The hotel was Jack’s favorite part of the entire trip. Carrying that magic on into our home with all the fun party things available was easy. I’m not big on recreating things from Pinterest tutorials, I rarely get enough sleep for that kind of action. I like that everything we received coordinated and was easy to use. The shiny, curling decorations that we hung from the ceiling were Jack’s favorite. 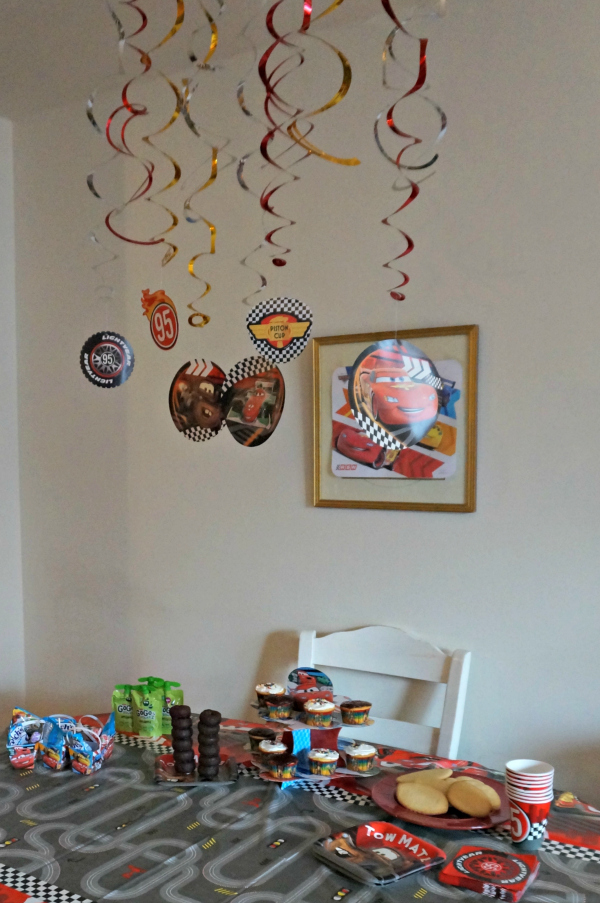 Since we’d just come out on the other side of a small surgery for Jack, we kept things very simple. I let Jack steer the ship on this one basically! I wanted healthy snacks – he voted for cupcakes, donuts and cookies. I threw some applesauce in the mix and called it a day. Our party kit included this cupcake stand which is my new favorite thing. Assembles in two seconds, looks adorable, AND decorates the table. Score.

I love the pile of donuts. That’s the ONE Pinterest thing I did. All over Pinterest is this idea of a pile of donuts representing the stacks of Luigi’s tires. Jack just thought it was too perfect. After all he spent a solid half hour taking pictures of the stacks of tires at the resort just a few weeks previously! Spy the tiny Jack? 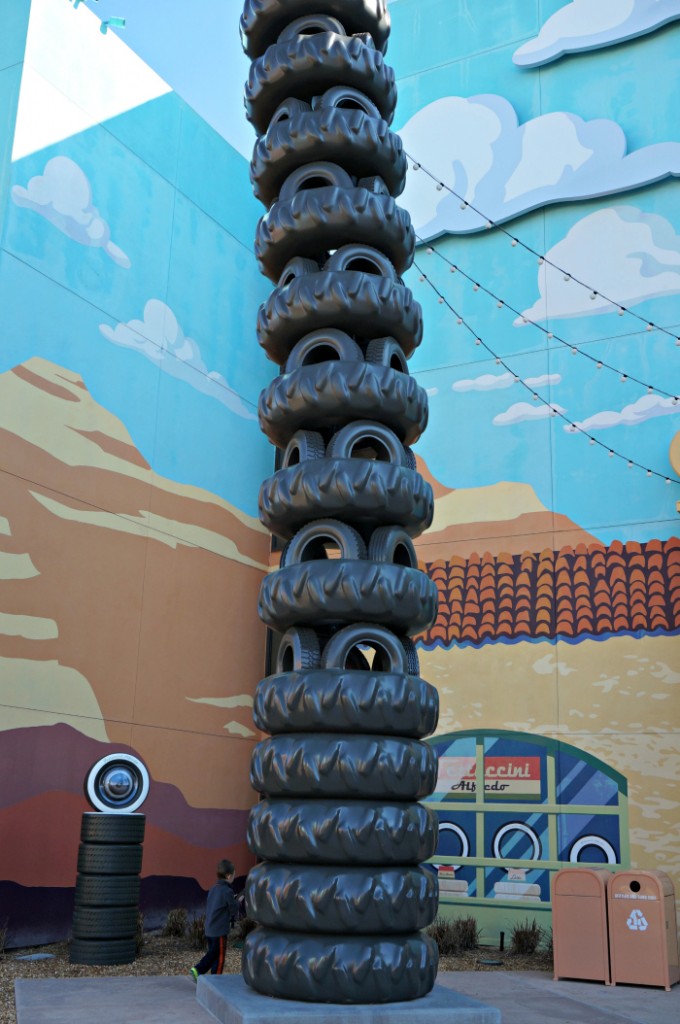 We served up our cupcakes and apple juice in themed plates and cups – we even had little treat baskets to send home with Jack’s little friends. Jack insisted that everyone would like “a fruit snack, one lollipop, and two Hershey’s Kisses oh and some stickers”. I’m telling you, have a four-year old plan a party and you’ll spend all day laughing. Nothing demonstrates friendship more than a shared fruit snack apparently.

We broke out Cars Bingo – which is actually one of our go-to family games now – but they just wanted to play race cars instead. Which I totally understand. It’s hard to talk about race cars without wanting to have a race yourself! 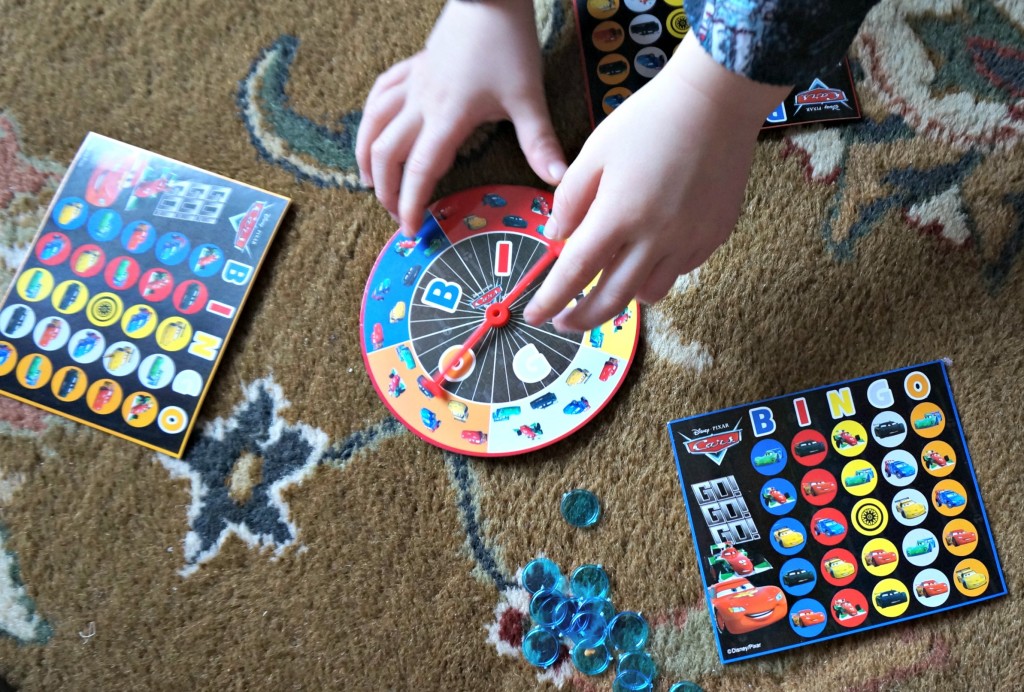 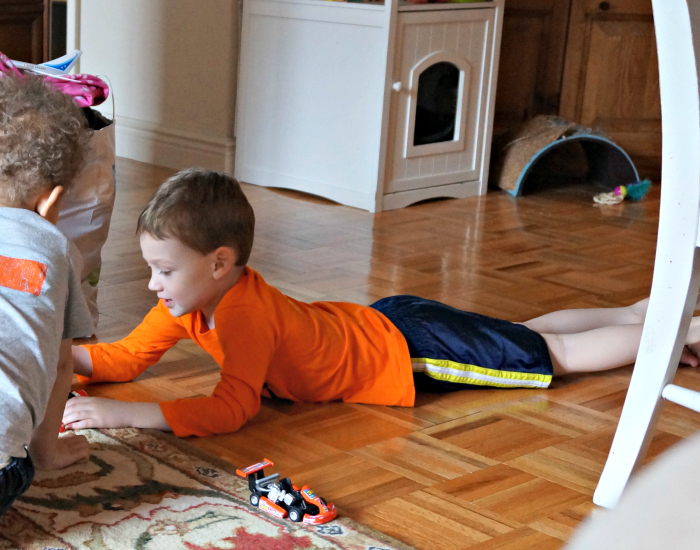 All in all, this was a really sweet way to prolong the magic Jack experienced at Disney. Lightning McQueen, Mater, and the rest of the gang are as familiar to my son as his closest friends – he was so excited to have a party with them. A party for no other reason than, “oh my stars this winter has been SO LONG!”  We’ve made it through walking pneumonia, three ear infections, a never ending sinus infection, and an adenoidectomy & ear tube surgery. A little fun for no serious reason was a great way to spend the morning.

And now I have something for YOU! Disney and MomSelect sent us this super awesome, brand new, Wilton Mickey Mouse Cake Pan. Seeing as how I’m really more of a cupcake girl. I’d like to pass on this cool cake pan to one of you! It’s always fun to share the love and Disney Side magic. If you’d like to win it, enter using the rafflecopter form below! Good luck! 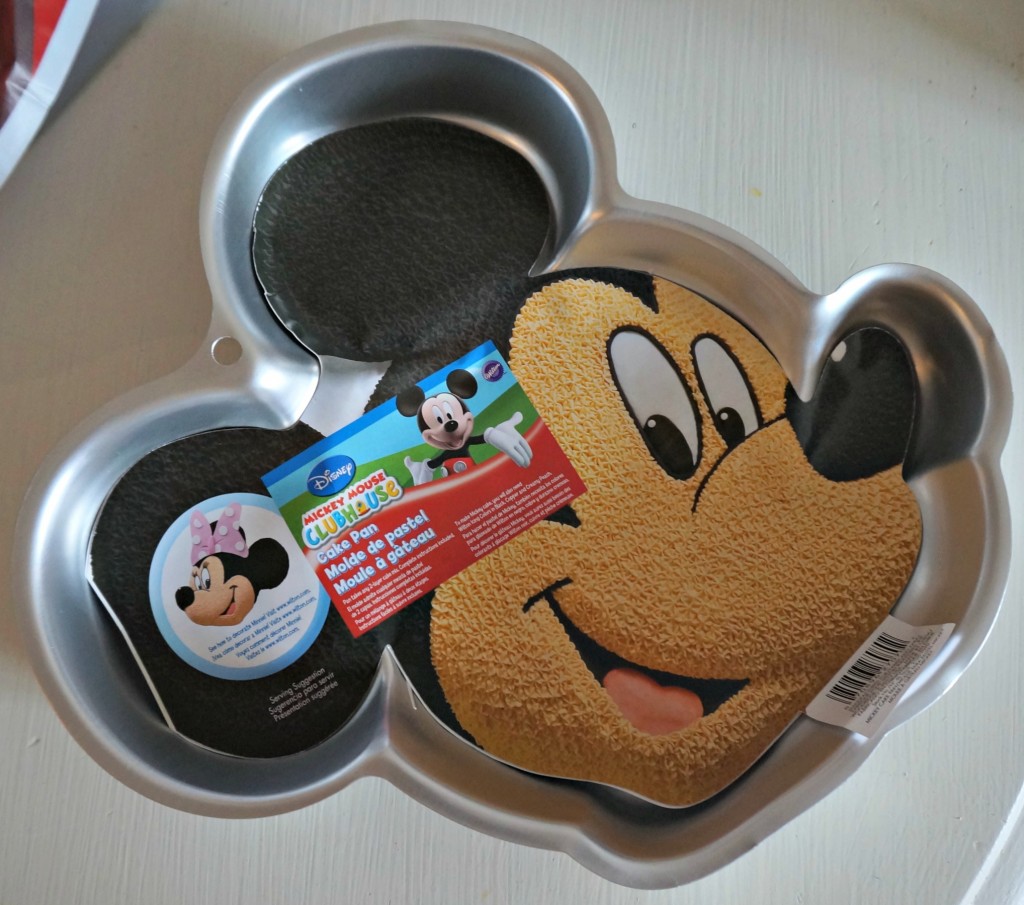 I received free products in order to host a Disney Side @Home Celebration. The opinions expressed here are my own. This post also contains affiliate links.