Attention all Chuggington fans – this week a brand-new Chuggington DVD was released! Jack and I were lucky enough to attend a special event here in New York to celebrate it, and we’ve got the inside scoop for you! The latest Chuggington DVD, “Fire Patrol Rescue” was released on March 31st. It includes 6 episodes, special features, and introduces a new Chugger to the world – fire engine Asher! 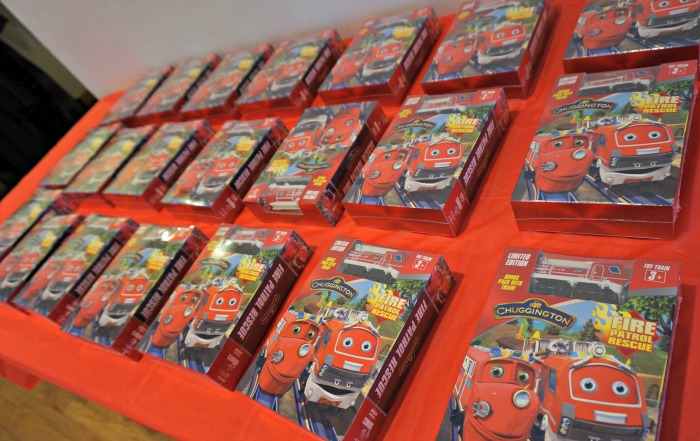 We spent Saturday morning at the New York City Fire Museum learning about fire safety and getting a sneak peek of “Fire Patrol Rescue”. The kids were invited to explore the space, playing with blocks and tunnels. There were coloring pages of Wilson and Asher and a fun color your own paper fire truck craft. The DVD includes the Chuggington coloring pages as one of the bonus features, and this mom is so glad because Jack could not get enough of the coloring!

After much coloring and giggling and decking themselves out in their own fire helmets, the kids got to see a sneak preview of two of the new episodes. Jack was completely enthralled as you can see by this picture I snuck with my camera phone during the screening. 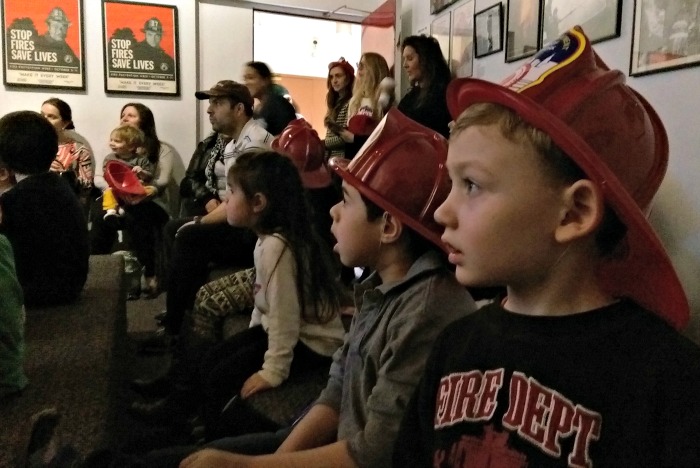 Jack has long been a Chuggington fan, but this new character, Asher, is like the perfect storm of preschool entertainment. It’s a TRAIN that’s also a FIRE TRUCK!!! Jack loved all the fire rescue action going on, and I loved the fire safety messages that were seamlessly and age-appropriately woven in to the story line. We’ve had a lot of bad news stories lately in NYC involving fire and it’s led to a lot of scary, but necessary conversations. While Jack is completely entertained by these new episodes, I really do think he’s getting some valuable information to back up what we’ve been trying to teach at home.

Another special treat? The director and head writer of Chuggington, Sarah Ball, was in attendance! We got the kids to stand with her for a quick group shot at the very end – Jack was totally out of his mind with joy because the DVD he’d just been handed also contained a toy Asher to take home.

At a suggested retail price of $16.98, I’m going to call this Limited Edition “Fire Patrol Rescue” DVD and train box set a total steal. It’s a heavy die-cast metal TOMY train, definitely quality and with 6 episodes (total run time of 62 minutes), the DVD is packed with excitement and learning. Jack is currently keeping his Asher right beside his bed with all his other “treasures” and the DVD is in heavy rotation. A definite hit in this house!

We received free samples to facilitate this review. All opinions are my (and Jack’s) own.