Heads up, NYC area parents, if you have a train loving little one like I do – you’re going to want to head over to The Beacon Theatre the weekend of May 16th and 17th for the North American premiere tour of CHUGGINGTON LIVE! The Great Rescue Adventure. My son, Jack, loves Chuggington and he’s so excited to see it live on stage! 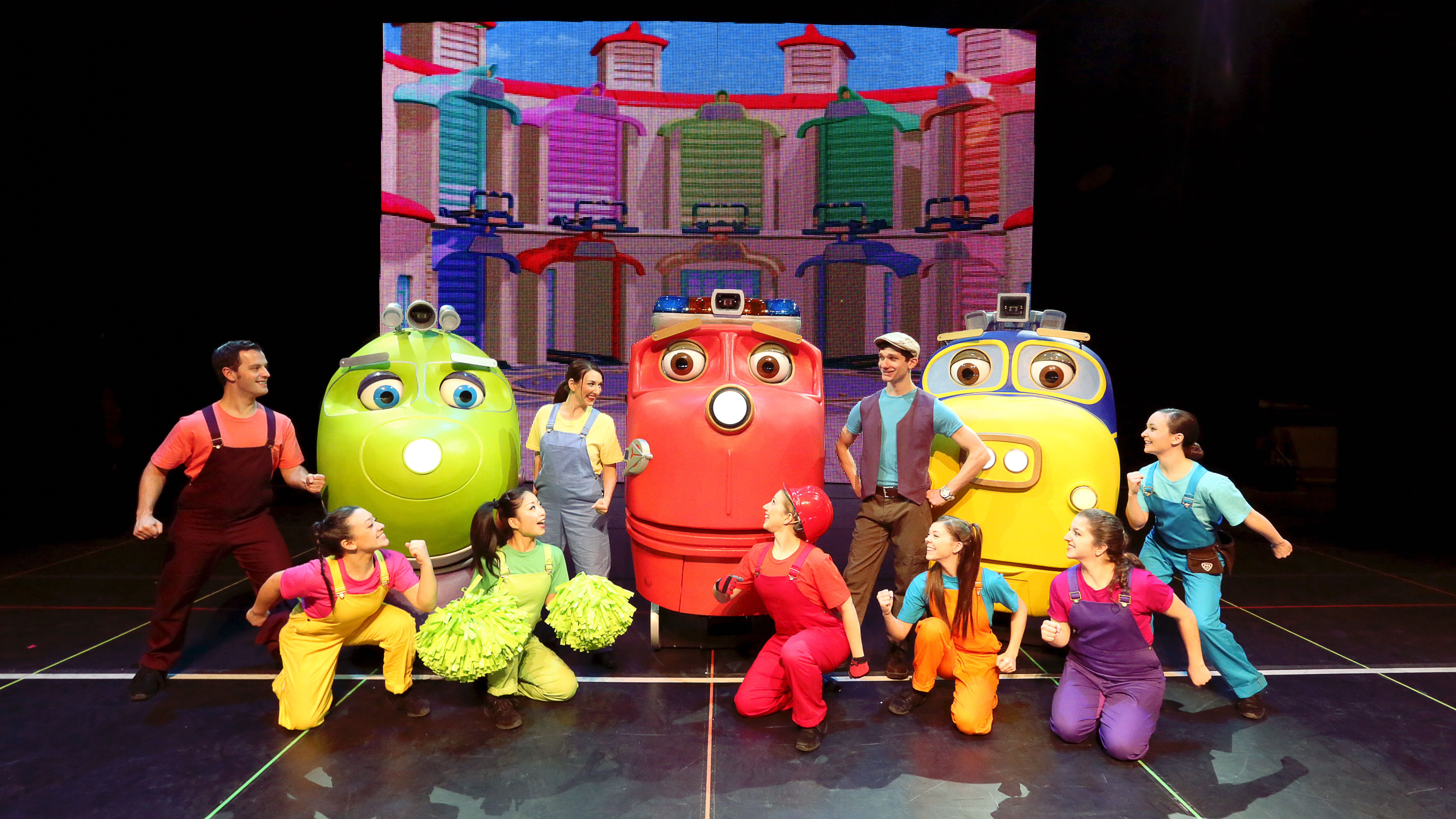 I’m thrilled to announce that I’ve partnered with MSG and The Beacon Theatre to give away a Family 4-pack of tickets to the May 17th 2pm show to one of my readers! Just follow the steps in the Rafflecopter form at the end of this post to enter.

Don’t want to wait to see who wins? There’s also a special 25% off discount code for my readers at the end of this post!

The North American premiere tour of CHUGGINGTON LIVE! The Great Rescue Adventure, produced by Life Like Touring and Ludorum, rolls into New York City’s Beacon Theatre on Saturday, May 16 and Sunday, May 17, 2015.

The live-action, musical children’s show, based on the popular TV series, gives young fans and their families the opportunity to experience the train-tastic adventures of the Chugginton trainees, Wilson, Brewster and Koko.

This brand-new production features impressive trains with working features and movements that bring the Chuggington TV series characters to life on stage. A fun, two act musical, this live show is presented before a giant LED video wall featuring animated locations and background action sequences from the popular TV series.

In CHUGGINGTON LIVE! The Great Rescue Adventure the trainees are eager to impress their mentors by mastering new roles that test their courage, speed, and determination. When Koko finds herself in trouble at Rocky Ridge Mine, it’s up to her friends to help her. Do the trainees have what it takes to put their newly learned skills into practice to save Koko?

First launched on Disney Junior in 2010, Chuggington now airs in more than 178 countries and is translated into 36 different languages. In the United States, the TV show is seen 22 times per week across Disney Junior and Disney channels, with an estimated 2 million viewers every week.

Use the code “FamChugg” when ordering tickets to get 25% off regular priced tickets!

Tickets are on sale now and will be available through Ticketmaster Charge By Phone (1-866-858-0008) and all Ticketmaster Outlets. Tickets are available in person at MSG, Radio City Music Hall and the Beacon Theatre Box Offices. Full event details at: http://www.beacontheatre.com/events/2015/may/chuggington-live.html

Jack and I hope to see you at Chuggington Live! There’s nothing like taking your child to experience the magic of live theater!