Let’s dust off this old blog, shall we? Every day it seems like I wake up with the best of intentions and think that today is the day I will blog! Instead today is usually the day that I find approximately 15 other things to do by noon, my to-do list grows, and my boss has a busy day.

Did I mention that I started a part-time temp job back in the Spring? Well I did, and out of superstition I didn’t really want to talk about it. Surely if I spoke of the job…I would lose the job. I haven’t worked since Jack was born four years ago. That’s a LONG time! The job sort of came out of nowhere and is primarily working remotely (i.e. from home) and as that’s the holy grail of working mom jobs…I went for it. We’ll figure the logistics out as we go along, I said.

I have so many thoughts on working from home now. It’s great, it’s hard, it’s perfect, it’s maddeningly difficult… The few days I actually go into an office feel almost like a small vacation. Complete with last minute packing insanity. Last week my childcare fell through an hour before I was to leave, Jack was on a break from camp and I almost lost my cool trying to find a solution. Yesterday morning he threw himself on the floor and declared that he would be “so bored at camp without you mommy!”. At tennis camp. The camp he was so excited to start? Seriously? Thanks for the guilt, kiddo.

I’m becoming a unique expert on both of sides of the working mom vs stay at home mom debate/war.

It’s summer though and summer is made for flexibility and this odd, part-time, work from home job has lent well to playground time, running through sprinklers, begging the neighbor’s nanny to take Jack outside with her charge too, and pulling my hair out while trying to be everything to everyone. I’m not gonna lie, it has also helped a great deal with the unexpected expenses that sometimes come out of nowhere in family life. This has been an incredibly GOOD THING. And yet, summer’s not what it was. Of course it hasn’t been. Tonight I fell down the rabbit-hole of my photo archives and looked back over all of Jack’s previous summers. I swear I wasn’t crying – my eyes just got a little damp from all the dust I haven’t had time to clean. Clearly it’s not because he used to be so tiny and sweet, and I had what I thought was all the time in the world with him…

I see why he was so upset this morning. Sure he’s had a year of school and is completely used to not hanging out with me 24/7 by now, but somewhere in his brain is nestled the memory of lazy summer days with mom. Last summer we’d stroll to an outdoor soccer class in the mornings and then hit the playground for a few hours till Roger came home.

Memory plays tricks on us, and from the distance of a year it seems like it was idyllic. I miss it, he misses it, and I have such guilt I can’t even describe it. Last summer though? I know by July we were at each other throats and oh so bored because everyone else was away or in a camp program! Yet here we are and Jack keeps insisting that we should just go to Central Park, Mom! Of course he does, it’s been our summer spot for years now. Our special routine of endless summer days in that park – he wants to call it back.

This is us, learning and growing, Jack. You’re no longer a toddler, and I no longer have zero responsibilities outside the home. Our roles are changing and it’s hard on both of us. I promise you, this is hard on me too, now please let me have an extra bedtime hug and kiss?

Which brings us to the subject of camp. Jack has had his first taste of real summer camp! Roger and his sisters are camp people. I myself never went, but they went every summer and eventually became counselors themselves. Camp is a big deal to that family. So off he went on the big yellow bus to try it out. Day camp only, calm yourselves people – he’s only four! He liked it, but said they didn’t do sports a lot. It was only for three weeks. Baby steps.

We took a break, went to the woods for family and friend time. To swim in a mountain lake, stay up too late, and eat ice cream under wide open summer skies. 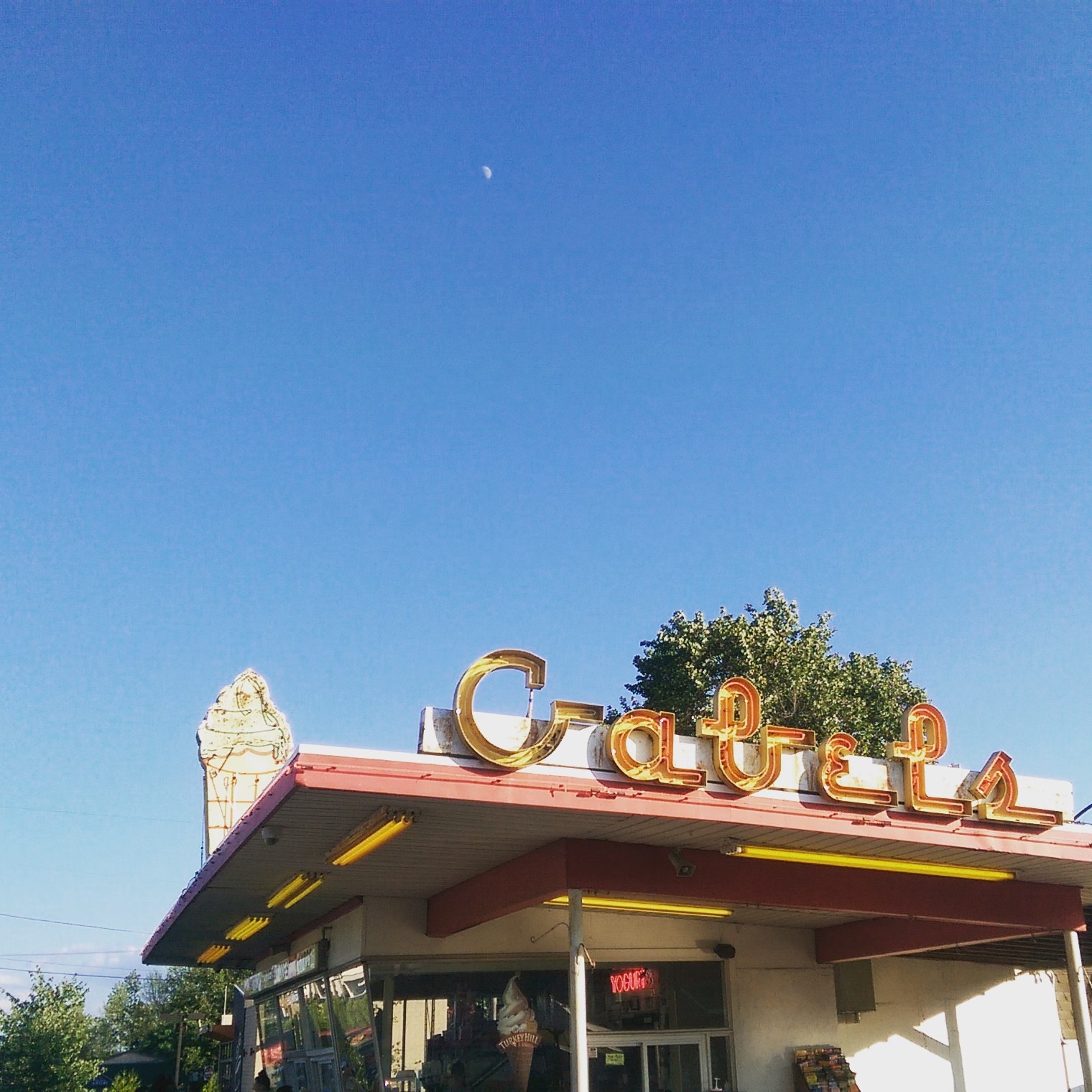 We went to the playground, and tried camp mom again. 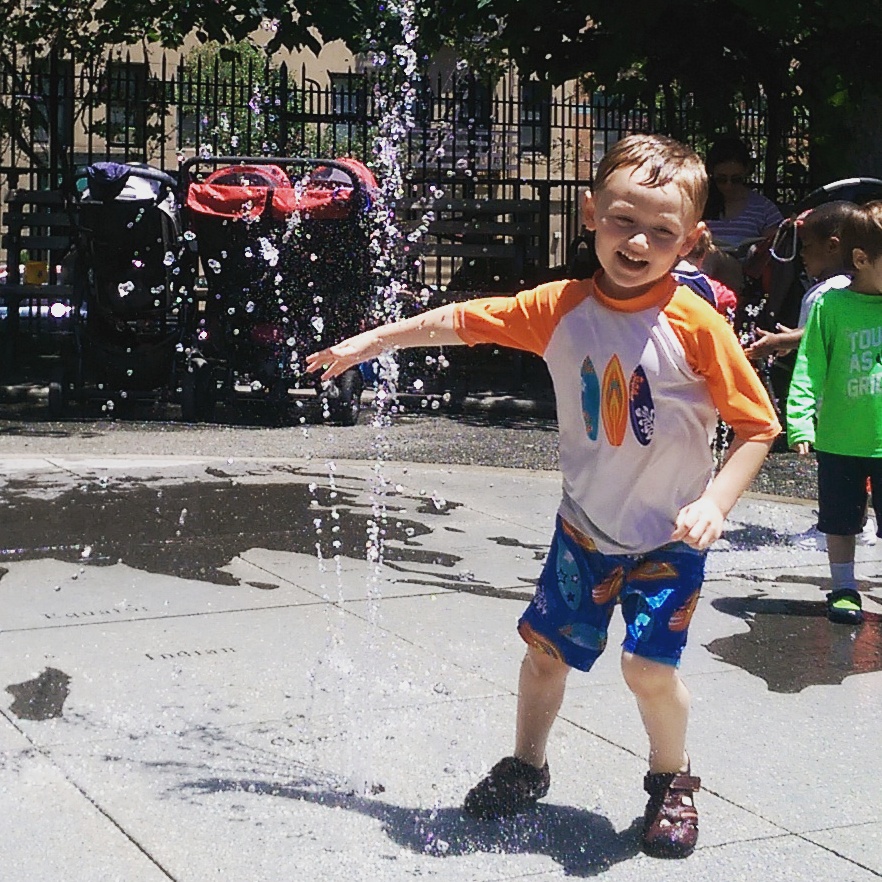 That week of camp mom again was killer, not gonna lie. Right back to the boredom (for him) and frustration (for me). You see, when you work at home you have to say no so many times it hurts. “Just one more minute.” “In a few minutes.” “let me finish this and then we’ll go” “want some more cartoons?!” It’s not good for either of us. So… We found a REAL sports camp for four year olds! So we’re trying this thing again. Because we have to keep trying. There’s a way to make this work. There has to be, right?

And that’s where we are now. I’m working. Jack’s playing sports. Roger’s working, playing softball, and taking a band break. I’m heading out with Dysfunctional Theatre to Governor’s Island again this weekend for more Millay. I think that having an entire weekend devoted to making some art, something just for me, will be good. Right now I’m wound up so tight, I might split in two. I fear that I’m becoming truly good at nothing, merely mediocre at everything. Even motherhood. It’s not a nice feeling. I need a break. My family needs me to take a break.

I’m looking forward to my breather this weekend on that little island in the harbor that has been so magical for us last summer and this. We in Dysfunctional jokingly call it our summer house now. House 8B in Nolan Park. You should stop by. We’ll let you sit in a rocking chair on our porch for a bit – maybe you need a break too.

There are three and a half weeks left of summer before Jack’s school starts, and even then it’s a slow start. I don’t think they run full schedule until September is mostly done. But still three and a half weeks are left. I need to stop the tears and find the joy. It’s been there, but the craziness has buried it at times. I will use the poetry and music of this weekend as a break for myself to reset. It’s not like I’ve failed at summer, far from it – I just need it to end on a high note. My boy is growing up so fast, I want a few last times to sit and watch him be little. Be happy and silly. Just be.

That’s what summer break is for after all. Pausing and resetting. Just being. 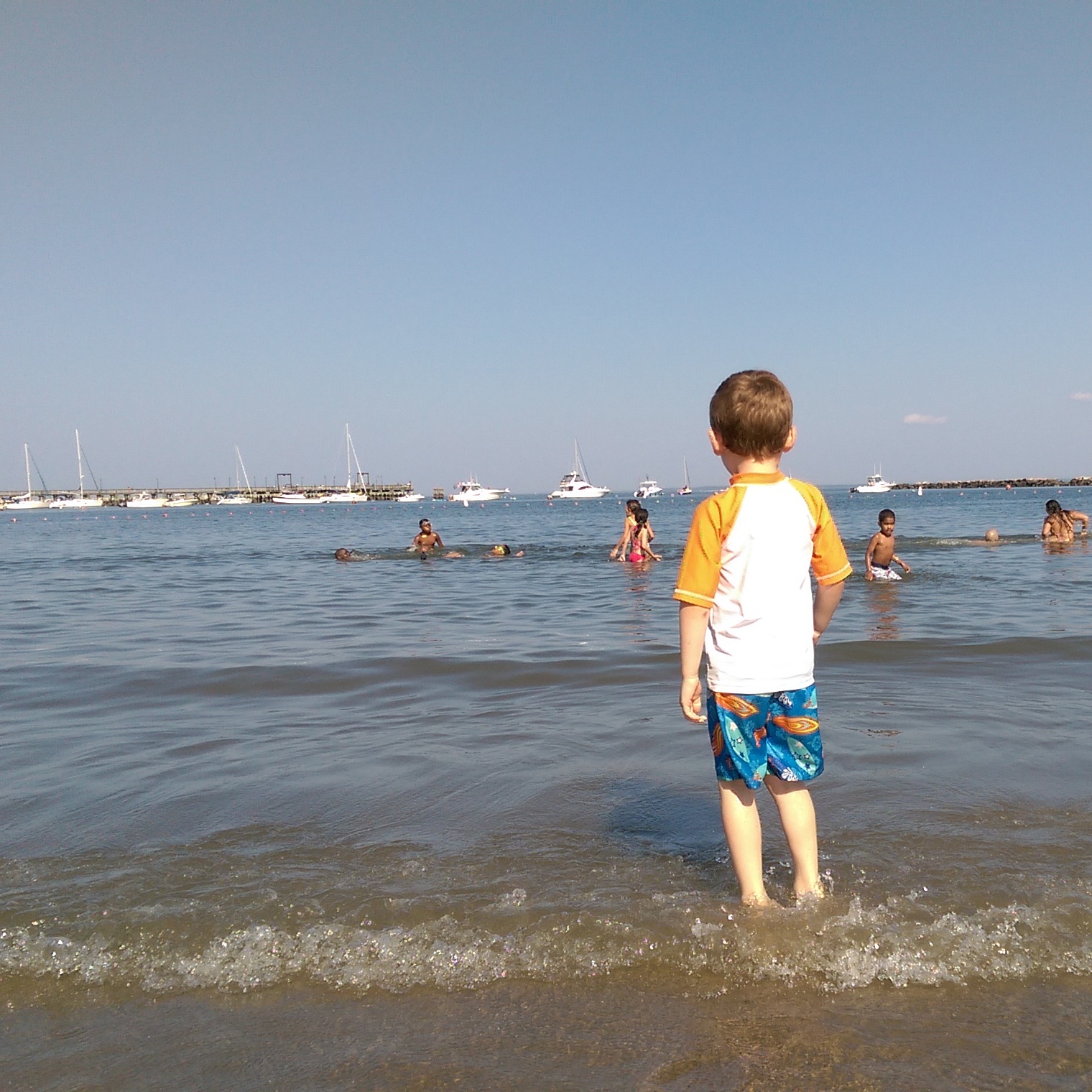